References Note of the editor A first version of this article was published on www.

We keep teaching one way to write change-over-time essays and continue to be disappointed with the results.

Maybe we should reconsider some of our approaches, to help our students absorb the different way of thinking that change over time requires. Our students also want to see world history connected to what they know happened locally.

How can we help our students see the past in terms of processes of change and continuity? Most history teachers want their students to write essays that analyze a specific issue or topic.

Oftentimes we ask students to analyze cause and Islamic impact on west africa 1000 1750 ce or explain differences between two opposite types of political, economic, or social systems. In world history, we require students to be able to write what the AP World History Course Description calls a "continuity and change-over-time" essay.

How can we teach students to write continuity and change-over-time essays? Is it an impossible task?

Those of us who have been trying to teach the continuity and change-over-time essay for the AP World History course know theoretically that students gain important skills when they must alternate from sketching the big picture of a large time period to the smaller picture where they analyze a particular event or region in depth.

I hope you noticed that I said "theoretically. It seems to many world history teachers to be an especially challenging task for teenagers and young adults who are just feeling comfortable with defending their presentism, i.

It is natural, therefore, for them to use that newly articulated view of their world to analyze the world of the past. It is our task to help them begin to move beyond presentism as the best way to interpret the past.

There is a small amount of research and plenty of anecdotal experience that shows how some teachers are being successful in showing students how to write change-over-time essays by identifying the right sort of questions that highlight the larger patterns of world history.

I suggest two types of such questions, which can be used to great effect in world history courses. The Big Picture and the Ripple Effect The Big Picture question helps students focus on the beginning and ending of a time period, so they can see the major changes and continuities in that period.

In most world history textbooks, large sections often begin with some kind of overview and a timeline that highlight the changes and continuities for a particular time period. By looking carefully at the timelines, students should notice the times of crisis and the times when few major changes happened.

The "right" sort of question students should ask is what kind of patterns do they see from analyzing the timelines. In AP World History, we have five themes that serve as the major patterns of the course: We can use these themes to help students see the changes and continuities over time.

The Big Picture questions students should ask are about the causes of the changes or continuities in any of these themes over a long period of time.

A Big Picture question would be: What happened to the social status of slaves and serfs from the beginning to the end of this time period in the Caribbean or Russia, respectively?

The second kind of question we should help our students ask is, "What is the nature of historical change? I show them that any particular region of the world can be seen as a body of water that is "impacted" or "affected" by an outside force.

That "impact" might at first glance seem like a meteor coming from outer space and leaving a big hole in the ground or causing a large tidal wave. Instead, I encourage my students to imagine that the outside force causes ripples in the water that spread throughout the region in larger or smaller ways.

Moreover, if the ripples hit the edge of the region, they may even return in a wavelike fashion. Most importantly, my students have come to understand that the initial entry by merchants, imperial armies, missionaries, or pilgrims into a region is usually repeated many times, and sometimes becomes a regular interaction.

Be sure to discuss continuities as well as changes. If our students were prepared well for this question, they would know that the nature of change caused by the interaction between Muslims and people of other religions and cultures was cultural, economic, and political and occurred repeatedly over the whole time period. 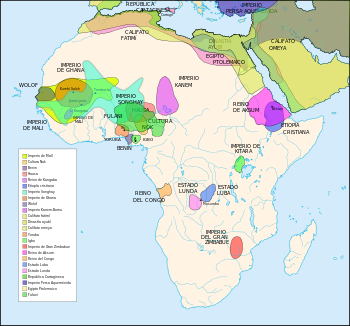 Students would be able to suggest that the changes related in some way to the emphasis in Islamic civilization on scientific and mathematical knowledge and on trade. The ripple effects students might have used as detail to support generalizations about changes could be about how repeated interactions with Muslims changed language, food, gender roles, social standing of different professions or ethnic groups, attitudes toward other belief systems, and bureaucratic structures that affected taxation or commercial law.

Students could analyze how any of these changes happened in one of the regions at a particular time or from repeated interactions with or domination by Muslims.

The students also could explain that the spread of Islam beyond the Arabian Peninsula to Spain and Eastern Europe, West Africa, and South Asia did not change every cultural, economic, and political feature in those regions. Many students did not write essays that truly analyzed the patterns of change and continuities over time.

My initial explanation for the poor responses is that many teachers are not sure what the Big Picture questions are for world history, and that their students did not have an understanding of the multiple times and ways that Muslims interacted with people in one of the three regions.

The students who continued to struggle with the habit of moving from global to local and local to global also did poorly on the change-over-time question.

Other Techniques Many of us already use a technique called a change analysis chart, developed by Linda Black and Ellen Bell. The change analysis chart helps students take notes as they proceed through a unit.Major Islamic state centered on Anotolia that came to include the Balkans, the Near East, and much of North Africa.

Safavid Empire Major Turkic empire of Persia founded in the early 16th Century, notable for its efforts to convert its populace to Shia Islam. The first major change in the Islamic world from to CE was around CE when Islam was created, a religious combination of Jewish, Christian, and Arabic faiths.

Describe and analyze the cultural, economic, and political impact of Islam on ONE of the following regions between CE and CE (West Africa, South Asia, or Europe). Be sure to discuss continuities as well as changes. UNIT II: - C.E. This second era is much shorter than the previous one, but during the years between and C.E.

many earlier trends continued to be reinforced, while some very important new patterns emerged that shaped all subsequent times.

Two nomadic groups - the Bedouins and the Mongols - had a huge impact on the course of history during this era. Between and CE, two major empires emerged in West Africa, just south of the Sahara Desert: During the 11th century, the Almoravids, a Muslim group from northern Africa, conquered Ghana.

By the 13th century, a new. The Impact of Islam on West Africa C.E— C.E Between C.E. and C.E Islam entered West Africa and centralized its politics and brought it into the global trade network, yet much of African culture still remained/5(1).